Amsted Seals was tasked with solving a vertical transmission seal failure that was occurring around 250 hours. Analyzing the application, we discovered several operational challenges to consider. See how our proprietary seal optimization protocol led us to the right solution.

Analyzing the application, we discovered several operational challenges to consider. First, the vertical input shaft of the transmission was required to operate in varying pressures up to 60 psi and the shaft was located inside a long tubular housing which did not provide the required space for a standard seal design. In addition, the seal must be installed in either direction without damage to the sealing lip, the shaft had an end play of 0.015″ which is outside the normal design envelop and the seal would have sparse lubrication at times.

Historically, pressure seals were designed with a thick flex section and a stubby beam length with reduced lip interference and a smaller lip force contribution for the garter spring. Cavity pressure will push the fragile rubber lip against the sealing surface and the combined lip force from rubber and added cavity pressure squeezes out the lubricant between the lip and sealing surface. When the shaft rotates the friction between the lip and sealing surface is much greater and the lip tends to follow the shaft resulting in lip tear and seal failure. So the old pressure seal design with the increased net section was done to resist distortion of the sealing lip and prevent increased lip force from internal pressure.

Our first design objective was to improve follow ability by increasing lip force from the garter spring and position it to prevent bell mouthing (a distortion of the flex section that lifts the lip off the sealing surface). We then reduced the metal case ID and positioned it near the contact point. These changes allowed us to reduce the flex thickness and gain more total lip force from the garter spring and reduce contact path width, under load, from 0.031″ to 0.010″. We also changed the airside angle to 31° and Oil side angle to 42° which dropped the total lip force from 2.5#/inch of circumference to 1.08#/inch under pressure, dropLOP from 28.2 psi to 19.3 psi and maintain torque of 2.5 in. oz. and watt density of 112.3 Watts per square inch under load.

During customer testing, our seal quadrupled their test requirements and ran more than 10, 000 hours before testing was concluded. 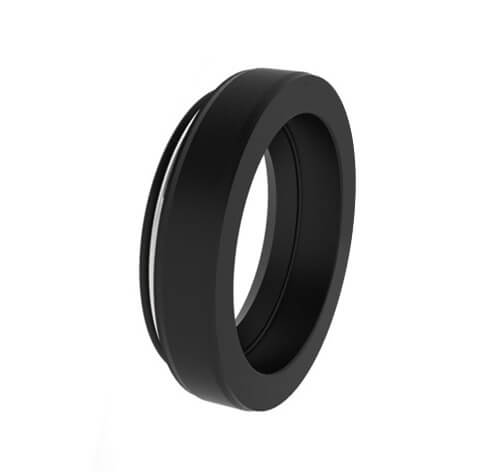 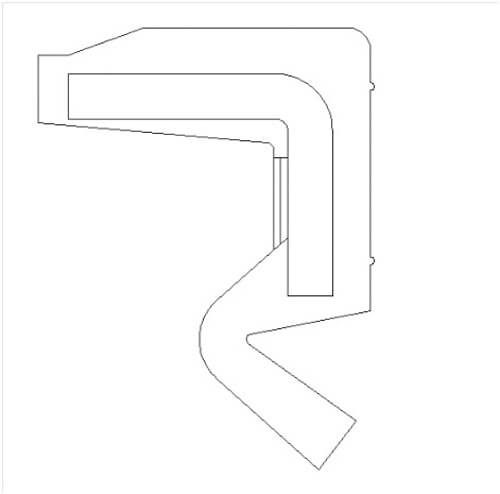 Industry for Use: Automotive

Get in touch with our experts today

Don’t see the product you’re looking for or have a question regarding our products? Don’t hesitate to reach out and we’ll get in touch with you ASAP.